A site investigation on a site in Remediation of Groundwater Liverpool found concentrations of hydrocarbons in shallow groundwater, in excess of water quality standards. The benzene concentration, in the core of the plume was 1810ug/litre, and is thought to have originated from a former fuel retailing facility. 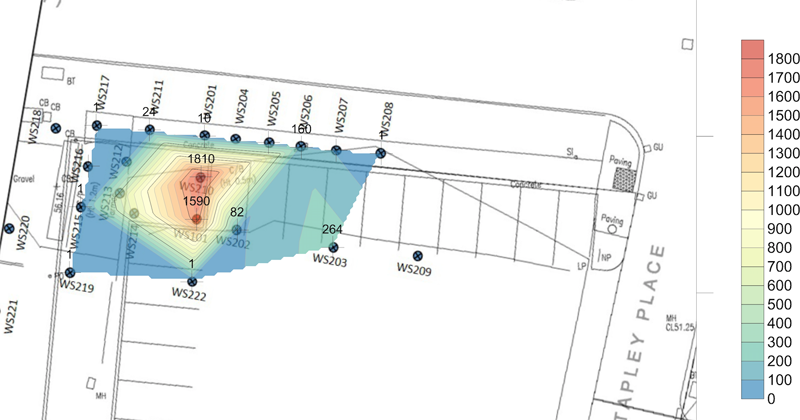 Records relating to the former fuel retailing facility were not found, despite a search of Petroleum Licencing records and examination of historical maps. Anecdotal evidence from local residents suggest that the facility was operational over fifty years ago.

As part of a detailed site investigation a large number of closely spaced wells were drilled, each installed with groundwater monitoring wells. This strategy was adopted as the wells were planned to be also used as future treatment wells.

The plume area was well defined by the site investigation and proved that petroleum hydrocarbons were potentially migrating offsite.

A remediation strategy was developed which was accepted by the local authority and the Environment Agency. Due to the limited volume of groundwater to be treated an Environmental Permit was not required.

In-situ treatment of the plume area is ongoing, by the use of chemical oxidants (in geosocks), placed beneath the water table.

Monthly monitoring indicates that the concentrations have decreased by 88% over a six-month period.