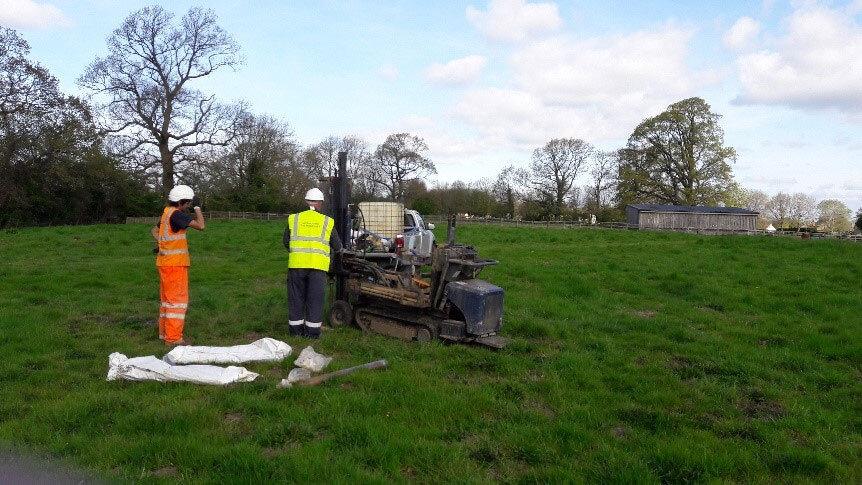 All of our staff have recently completed First Aid Training and a H100 course that allows us to work on live electricity substation sites.

We have recently acquired a MALA Ground Penetrating Radar that is a geophysical method that uses radar pulses to image the subsurface. This nondestructive method uses electromagnetic radiation in the microwave band (UHF/VHF frequencies) of the radio spectrum, and detects the reflected signals from subsurface structures.

We are delighted to announce that Joleen Harris has recently been promoted to Senior GeoEnvironmental Consultant in the Stockport Office. She is currently busy working on many site investigation projects and has taken a lead in the provision of in-situ strength testing on development sites. 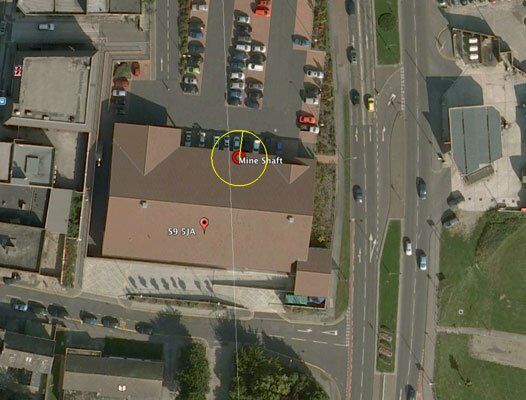 A new food store extension was planned in the North East of England and was deemed to be in a Coal Authority Development High Risk Area, due to an abandoned shaft and potential shallow mine workings.

A previous site investigation had identified a mine shaft in the store extension area and recommended that this should be further investigated and fully grouted.
We examined the shaft data and contacted the Coal Authority about the accuracy of the grid reference location. The dialogue showed that the shafts location was positioned incorrectly by the consultants and that it was previously grouted.

This additional information allowed us to recommend that no further work was necessary with respect to the mine shaft. This saved the client a considerable sum and disruption to an ongoing programme of store extension work. 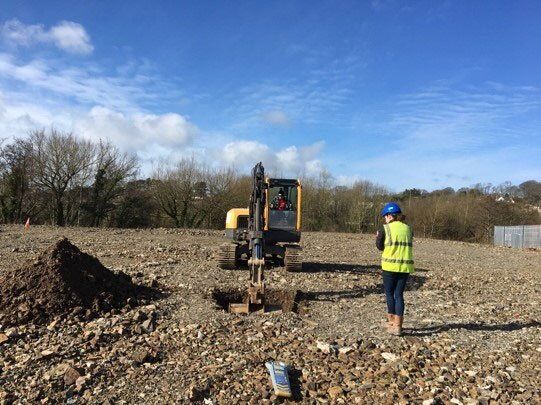 We have been appointed by a local civil engineering practice to assess ground conidtions on a derelict site on Anglesey.

Currently, all previous site buildings have been demolished and approximately 1000mm of imported gravel has been placed across the entire site.

Soakaway testing in accordance with BRE365 was conducted to assess a potential shallow SUDS drainage solution.

At the request of the Environment Agency we were asked to assess potential soil and groundwater contamination near to a former boiler house and large above ground diesel storage tank.

A local brook and underlying aquifer were considered to be vulnerable to former land uses, on a site intended to be occupied by retail units. A ground gas risk assessment was also requested due to the proximity of a nearby closed landfill site. 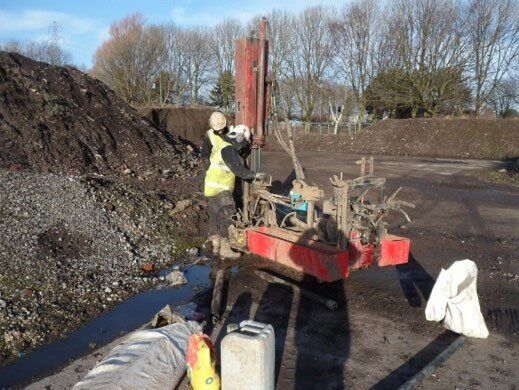 Drilling of shallow and deep cable

The site investigaton scope of work consisted of the the drilling of shallow and deep cable percussive and windowless boreholes with the installation of combined ground gas and groundwater monitoring pipework.

The exploratory hole positions were determined and set out (by hand held GPS) in order to avoid known services, such as a known culvert and gas pipeline, along the western boundary of the site.

Groundwater was sampled from the borehole response zones by use of a HydrasleeveÔ which allows for recovery of depth related samples with no loss of volatiles. 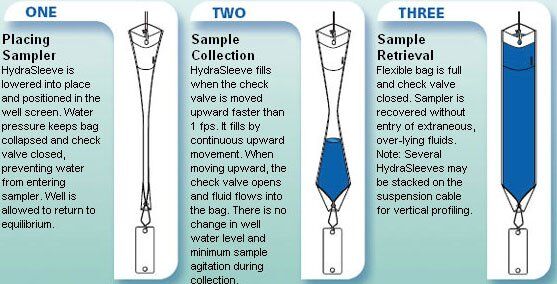 A hydrasleeve(tm) is effective for sampling slow recharge wells, for monitoring interfaces, and for concentration profiling.

The site investigation proved an absence of any significant concentrations of hydrocarbons in soils and groundwater or the local controlled water. As a result a planning condition was discharged in a very quick timeframe.

We were asked to conduct a site investigation on a large shopping centre site in Liverpool. The cable percussive boreholes were planned to be drilled to a depth of 10m as part of an anticipated piled foundation solution.

Unexpected ground conditions were revealed with a varying thickness of fill and rockhead. Further desk based searches revealed that the area was a former brick pit.

As a result, further ground investigations will be implemented to assess the extent of the former brick pit and its implications for the new building structures. 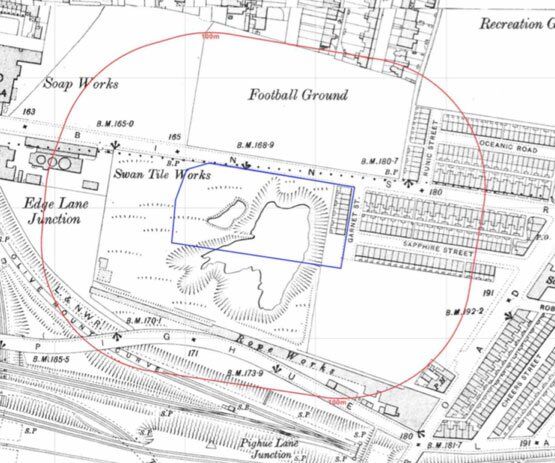 The Earth Environmental & Geotechnical (Southern) Ltd Office based near Bath has been up and running since January 2017 and has already built up a healthy order book and client database. It is pleased to announce it has been awarded a fixed term contract with ALDI, covering the South West and South Wales and has also been selected as an approved supplier of ground investigation services for Worcestershire County Council for the next three years.

Examples of some of the projects the Bath Office has been involved with are as follows:

The photograph shows a rotary probe drilling for coal mine-workings at a site in Bristol. 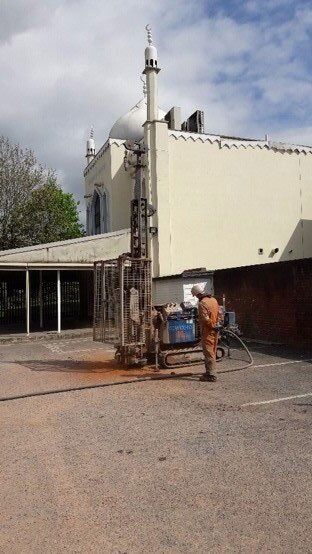 This was carried out for extension to an existing Mosque and new advertising structure.

The photograph below shows a window sample rig at a restricted access site in Portishead, obtaining geotechnical data for foundation design and representative samples for laboratory geotechnical and contamination testing. Investigation carried out for redevelopment of existing garage into multi-storey mixed residential/commercial building. 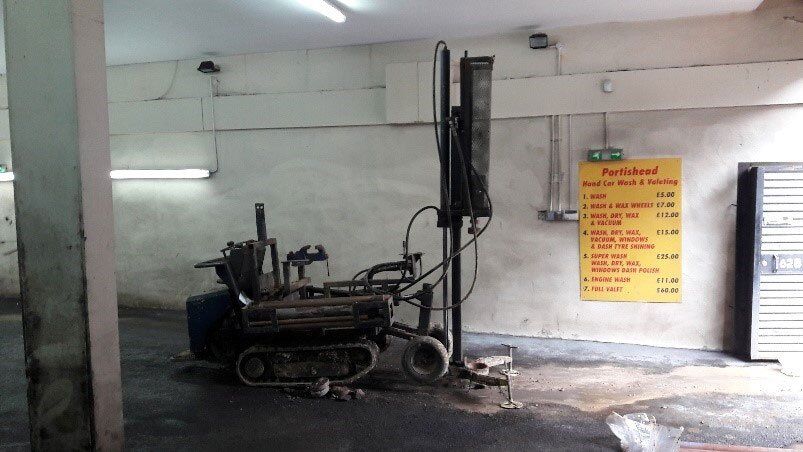 The above photograph shows a window sample rig in greenfield site in Wiltshire, obtaining data/samples for a Geo-Environmental Investigation for a new housing complex.