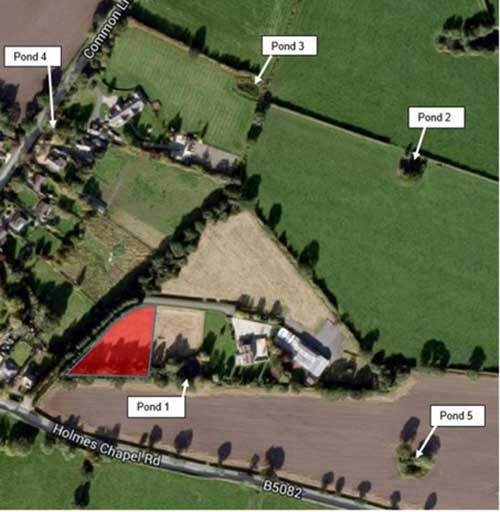 A residential developer requested a Preliminary Ecological Appraisal to be undertaken as part of a planning application submission to Cheshire West and Chester Council (CWaC).

We undertook a desk study and an extended Phase 1 habitat survey.  This established that the site was dominated by species poor semi-improved grassland.

It also identified the presence of 5 ponds within 250m of the site. 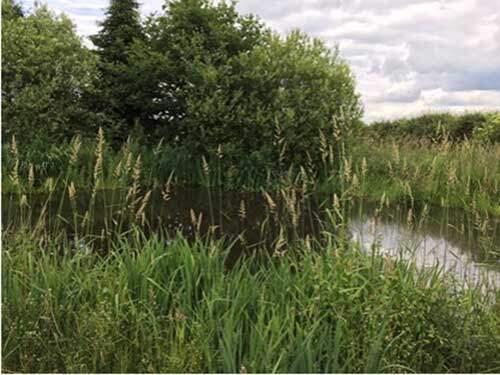 The applicant was required to demonstrate that the proposed development would not result in adverse effects to great crested newt (GCN).  Due to timescales, it was not possible to undertake a GCN presence/absence survey.

We sought agreement with CWaC to use environmental DNA (eDNA) analysis to establish whether GCN was likely to be present in the ponds.

eDNA analysis was undertaken in June 2016.  The results showed that GCN was likely to be absent.

Our report demonstrated that the proposed development was unlikely to affect GCN and that mitigation was not required.

This approach avoided the project being delayed by a year, which would have been the case had standard presence/absence survey been used. 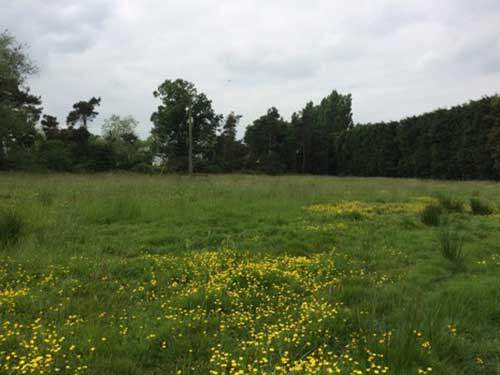